Ohh! Are you still Single? 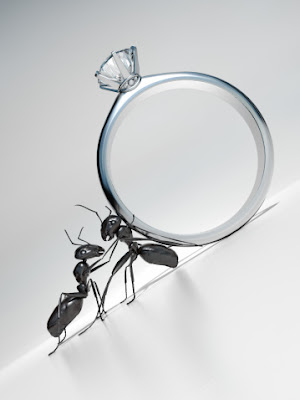 So, my life isn’t at the stage I daydreamed while growing up: a mom at my thirties, spending weekends taking and fetching my first born into her ballet class and probably at some times sitting inside the Principal’s office for my son. Apparently my ring finger is bare. Before you ask another question: I’m perfectly fine.

Chirpy Mom, who wouldn’t want to be like your Brenda or your Cherry now chasing your favourite tots in their nappies? I'm happy and excited for them, but like I’ve said: I’m perfectly fine spending Friday nights sipping Frozen Margarita with my single girlfriends or thinking about baking mini cup cakes. While no one has ever thought yet of setting that Solitaire atop that singled macaroon amid the sugary colourful batch spelling: ‘Will you marry me?’ while I exaggeratedly dilate my pupils (my ring finger is size 6 anyway *wink*), there’s nothing we can do about it. Phleeezzz!


Why should we refrain from asking if a person is still single?

1)    It’s rude - no matter what the relationship is between the two of you and what the occasion is especially if the person is not babbling about his/her single-thon.

2)      It’s not your business -  the person is not applying for an ID nor signing an insurance policy (if then you are selling one, just shut up after obtaining the info).

3)      We’re not in the position or profession – we’re not a lawyer representing his/her case, an HR conducting an interview, his/her Doctor needing his/her history, etc… In short, it’s uncalled for.

4)   We can make the person feel bad if not worse. Especially if followed by: ‘But are you in a relationship?’. Like: ‘Duh!?’

The same applies in asking the person’s age especially if he or she is not publishing it in his/her Facebook profile. If you were classmates, just do the math.