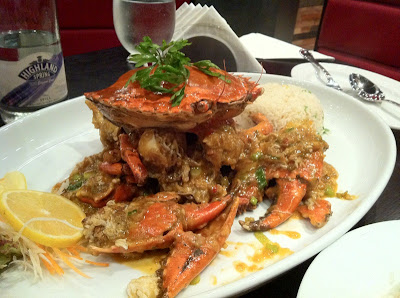 A has a drama tolerance of 2 mins… yeah, A is soo back (big grin) and I should say: ‘I should know’. I should know that his tear ducts are clogged, not that we’ll be back annoying each other.

Two mins max and he will be back to his jovial mood and endless teasing while I am still so absorbed in my hormonal rage. Yeah, making me feel like all the torture that I’ve been going through is imagined while I feel dehydrated for crying. On other cases, he delivers punch lines that could make me burst into tears in a second. That’s his language of love.

When I retaliate, he would clench his jaws looking like I was a witch on a broomstick who ruined our day. That look on his face like no apology can even penetrate… Tough… Grrr!

So it was no different weekend in the mall except that he knows my week at work had been so awful. And when I say it’s no different, it means inside man’s shops: Nike, Adidas, Sun and Sands and the competitors… or Sharaf DG. 2 to 4 hours watching stuffs move out from the shelves until my lip gloss fades and the tip of my nose shines.

This time, 2 hours inside Kinokuniya while he contemplates whether to buy the 2011 or 2012 version of this Revit book, buy the thicker (that says complete) or the thinner (that says fundamental) or the 2012 and the other book (well, it’s an engineering or maybe an architectural book, so I didn’t pay too much attention to the nitty-gritty) and decide if he will go straight to Cashier 2 or just purchase online including signing up to 2 online shops that also sell the book. I already read 12 pages of the book that I picked while casting my votes in between. Well, I already learned ways to entertain and amuse myself with the very limited time we can be together.

Finally it was my stop - Candylicious – because there are very few things that can really cheer me up when I’m blue: a pot of spaghetti, candy store and good food.

While there I was creating my happy memory of picking a mini-trolley of chocolates and candies A suddenly blurted: “Bilisan natin Kai…”. And so my nostrils flared and my head snapped that made him wish he didn’t open up his mouth. No amount of cajoling could restore my shattered mood until I make him pay. And make him pay I did. And… scroll up Paragraph 3.

Grrr! I didn't mean to be mean. It's just that I've waited long enough for that trip to the colouful candy store and machines to completely turn around my week at work, etc... to be fair, he has been trying his best to be as comforting as he can, even if he will punctuate it with a punchline.

From one mall to another, we were making each other’s company a hell. After acting like crazy that makes him feel like strangling my neck, we still ended up sharing a kilo of crab in a mud of salty Singaporean sauce. (To be honest, I wasn’t sure it was really a kilo, only that it says in the menu, or maybe the shells and those legs can really get that heavy.) Then we were suddenly back to talking and laughing like nothing happened. Crazy.

If I’m documenting these memories my love, because you should know, this is also my language of love.

Thank you for making memories worth writing. No matter how crazy.